Cinema Strikes Back’s David Austin recently had a chance to interview Bill Barounis, owner and founder of Onar Films in Greece, about his company’s releases so far, his history with Turkish cinema, the difficulty of salvaging these films, and what to expect from Onar in the future.

• Tell us a little bit about your background?

First, it is a great honour to give me the chance to say a couple of things about Onar Films. I’ve been collecting old cult videos for 15 years and been a cinema-goer for about 30. I started trading and selling this kind of things 10 years ago. I used to be HADES FILMS, then GREECE VIDEO, then – till today – DEATHLAND at eBay. Onar Films was born in March 2005.

• Why did you decide to start your own DVD label?

I believe 1000’s of true fans would love to start their own DVD label, but what with financial problems and lack of confidence and experience, they never give it a try. I just happened to make a personal bet. I got a bitter loan from a bank and said “what the hell…” Besides, I’m a bit crazy anyway, and a fool to boot.

• How did you first become interested in Turkish cinema?

I first got seriously intrigued during the 80’s. Greece was a favourable market for Turkish films, mainly dramas and crime thrillers. I got hooked up with Cuneyt Arkin’s crime epics. Later on, I managed to obtain dozens of bootlegs with genre stuff, superhero stuff, trash etc. And that was the last straw.

• What are some of your favorite Turkish films and directors/actors?

Well, I like all of Cuneyt Arkin’s crime and fantasy films. BABALIK,
HEART OF A FATHER, DEATH WARRIOR, KOROGLU are a small sample. Then, the ones I have already released and will soon release are personal favourites. Yilmaz Atadeniz, Cetin Inanc, T. Fikret Ucak, Atif Yilmaz, Mehmet Aslan are a few great directors. Cuneyt Arkin, Aytekin Akkaya, Altan Gunbay, Kadir Inanir, Tarik Akan, Yildirim Genser, Irfan Atasoy are some of my best actors.

• Any good stories from the golden age of Turkish cinema?

If you check the interviews in my releases you will find lots of interesting stories. The golden age seems to start in 1967 and end in the late 70’s. Just before the 80’s people started demanding more sex and drama and less exploitation and fantasy. But the golden age owes its glory and reputation to its countless ripoffs besides local interest themes. I dare compare that era to the Greek one. We Greeks never even tried to shoot any kind of ripoffs, neither make any horror or fantasy or superhero movies. Turkish cinema was unrepeatable and unparalleled. No country whatsoever produced such films.

• What makes Turkish cinema unique from that of other countries?

Every single movie has incorporated, to a varied extent, the unique Turkish culture that stands out from other cultures. You may not find it agreeable but you will sure find it unique. I also consider it a big plus the fact that those guys never hesitated to rip off any Hollywood movie as well as many European ones. For instance, they ripped off a Spanish giallo/horror called A CANDLE FOR THE DEVIL. But they did it THEIR WAY! And I find this enormously fun.

• How do you feel about the state of Turkish cinema today?

I don’t give a damn. Now they have bigger budgets and more talented actors but they prefer to make artistic films or silly stuff that desperately and unsuccessfully attempts to imitate western themes. They “lost that loving feeling”.

• Where do you find the prints/video masters you use?

From Turkey of course….except 3 Dev Adam for which I used a German VHS I had received from an Italian collector! The Turkish producer couldn’t believe his eyes when I sent him the DVD. He had lost all his prints of 100’s of movies in a fire in 1998.

• What is the process by which you obtain translations of the Turkish
movies you release?

At first I hired some Greek translators but their work was despicable so I managed to find a Turkish guy in Istanbul. I send him the movie and he sends me a file with the English subs and then I do the Greek subs myself.

• Please give us a little bit of detail about each of the films you plan on releasing. Names, genre, something to look forward to …

In the summer there will be a double bill with a giallo and a gothic horror: ASKA SUSAYANLAR SEKS VE CINAYET (THIRSTY FOR LOVE SEX AND BLOOD) & OLULER KONUSMAZ KI (THE DEAD DON’T TALK). Both from the 70’s. I’m particularly proud of the latter one as it has been a lost film, never before on VHS or VCD or DVD or even aired on TV. Plus, the print was in great condition.

Then, early autumn, a double bill with superguys: SUPERMEN DONUYOR (SUPERMAN RETURNS!!!) & DEMIR YUMRUK DEVLER GELIYOR (IRON FIST THE GIANTS ARE COMING). The former one is a blatant ripoff of the original Superman and the latter features another masked guy with a cape and a blouse reading “S”. Both from the 70’s. Then in winter, a double bill with 2 Tarzan films: TARZAN ISTANBUL’DA (50’s) & TARZAN KORKUSUZ ADAM (70’s). Later on, more superheroes, like CASUS KIRAN, DEMIR PENCE KORSAN ADAM, MASKELI SEYTAN etc.

Next year I plan to secure lots of Cuneyt Arkin films too and more crazy stuff like SEYTAN, DRACULA ISTANBUL’DA etc etc.

• What the Holy Grail of Turkish film? In other words, what missing/lost/unavailable film do you most hope can be found and restored?

My dream is to find 2 films based on the cult Italian comic strip hero ZAGOR. But according to everyone, everywhere, they are lost! Then, there are 8 KILINK films that seem to be lost for ever. And some more films based on Italian comic heroes like CAPTAIN SWING and TOM BRAKS. Lost too. Then, ORUMCEK ADAM (SPIDER MAN!), 2 Fantomas films and many more.

• I understand that you had a difficult time in the release of 3 Dev Adam. What is the story behind that release?

It’s a sad and disturbing story with supernatural extensions! The guy who would find me the rights was attacked by gangsters, got injured and hid away for months. The translator fell from the 4th floor while in the lift. One of the guys in Greece who would do the authoring broke his leg. Then, dozens of outrageous technical problems here that made people swear they would not do business with me again because I’m a JINX…

• What is it like being a distributor of Turkish films based in Greece, given the long history of difficulties between the two countries? Are there any legal or cultural problems in the importation or display of films? Were (and are) Turkish films popular in Greece and vice versa?

Despite our historical and political differences, we’re doing great on cultural level. In the 80’s, over 500 Turkish films were released in Greece by minor independent labels. Sadly, 99% of them were dramas and crime action flicks. But in the last 15 years that trend blew over due to the absence of those little companies. Now, there’s a remarkable revival regarding TV series, both ways. However, the stuff I release is generally ignored and scoffed at by the Greek market not because of its origin but because of its genre. The Greeks are not really fond of trash and cult and obscure stuff in general.

• Anything else interesting we should know about the business?

If you want to waste cash, see your hair grow grey, and feel like shit then all you have to do is release Turkish films. I mean, if I released DVDs with paint getting dry or my mother-in-law washing dishes, sales would be much better. Now, sales simply suck. Each new release is doing
worse than the previous one. Most of the wholesale dealers that used to buy from me now dumped me for some reason. Nobody gives me a chance. Only XPLOITEDCINEMA (www.xploitedcinema.com) in the States proved to be a great friend who has been supporting me steadily. All the others – so far – have decided to pass or just order 5-10 DVD’s just to prove their buyers they carry something special.

My ultimate dream is to eventually become able to offer my DVD’s exclusively from my site, www.onarfilms.com. Even better, the ideal thing would be to issue only 200-300 DVD’s per title and sell them exclusively at my site, at attractive prices. I firmly believe the real fans are no more than that. And I don’t want to become rich with this business. All I want is to get my money back plus a few bucks to allow me to buy more titles. Pete Tombs [of Mondo Macabro] told me that this kind of films is addressed to people who like READING or WRITING about them at sites/forums/blogs…BUT when they actually come out on official DVD THEY LOSE INTEREST and avoid buying. HE COULDN’T BE MORE PRECISE!

Well, we at Cinema Strikes Back hope that Bill’s pessimism about the market for Turkish films is proven wrong. Anyone who hasn’t seen these movies should give them a try. The Kilink and Tarkan films in particular are full of fun and energy – genuinely enjoyable, not just “so bad it’s good” filmmaking.

Thanks to Bill for cooperating with this interview, and we look forward to the next release. 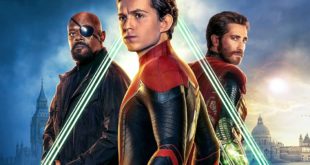 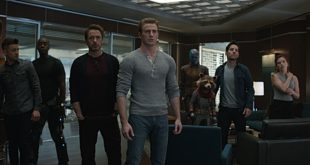 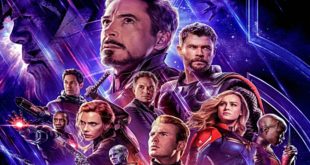 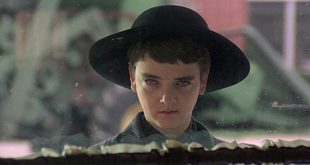