Brutal Storm is a 1985 film which is a remake of famous Spanish horror flick A Candle for the Devil. Because of i didn’t see the original movie i can’t tell you how successful remake it is. But I want to write this movie because  it’s never touched, original story for Turkey. 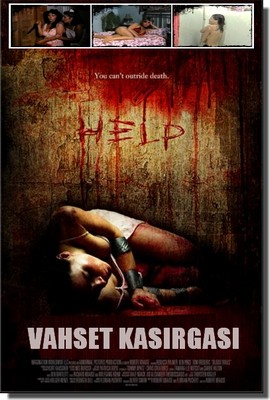 First of all i want apologies to the makers of this movie and our readers if i give wrong informations. You know that Turkish b-side movies is very rare and difficult to find some informations or even good copies of movies.

Two sisters are owner of a little Gul (rose) Hotel in a summer place in Turkey’s south part. This little village is very crowded in Summer because of lovely seaside and hot summer nights. But specially our big sister is having problem with this tourist whores. They are spreading their illness to this great village as she think. And she starts to eliminate their guests with knife.

Because of they are very famous and well known family nobody understands what is really going on this hostel. But finally one of their guest doubts and try to find the truth.

Brutal Storm has numerous good gore scenes for it’s moment. It’s a scene to scene remake like Turkish Exorcist. Because of that i can not say how original is it. But in twitchfilm.net i saw a comment that says it’s better from original in all ways.

My special favourite is the little sister. She never approves her sister but always on her side anyway. The actress is playing significantly well.

Also later on film you can see some tits of nevelyarrived guest, which is very rare scene for a Turkish film. But i though there will be some gore in this bath scene like Psycho, but nothing happens. We only see this guest naked! But if you remember Wes CCraven’sThe last house on the left it’s also got a naked opening scene in bath. Maybe Kadir Akgun sends his regards to Craven with this scene.

My favourite scene is the part that sisters sharpening their knifes outside and looking the tourists which are enjoying at seaside. Camera moves rapidly to the knifes and tourists for a moment. It gives us clue about what will happen in near future.

Film is have some issues about honour, purity, virginity and what can religion do ourself. Big sister says “I’m doing God’s order to prevent our purity”. In this part i remember the Bill Paxton movie Frailty(2001) which has same messages but with a surprise ending.